As we are informed of the passing of a club member, spouse or immediate family member or the death of an Osco/Sav-on associate or former employee, we will post a write-up including bereavement details, job history and photos.  In addition to posting on the website, the memoriam may also appear in an edition of Connections.   If you have specific information or photos you would like to share please send via email to  This email address is being protected from spambots. You need JavaScript enabled to view it.   or via U.S. Mail to:

Visitors and club members are encouraged to post offering condolences, words of comfort and special recollectionsby clicking the Write Comment at the end of a write-up.   Log in to access all obituaries published prior to January 1, 2014.

On behalf of the Alumni Club, we extend our deepest sympathies to the families who have lost loved ones.

Ron was born to the late John and Catherine Sroka on March 25, 1951 in Canonsburg, PA, the youngest of twelve children. He graduated from Canon-McMillan High School, class of 1969, and was the first in his family to earn a college degree, graduating with a B.S. of Pharmacy from Duquesne University in Pittsburgh, PA in 1974. He was also treasurer of his fraternity, Kappa Sigma Phi. While attending Duquesne he met his wife, Debi Spencer (Sroka). They married on September 4, 1976 and relocated to Arizona in 1979.  Ron began his pharmacy career in Youngstown, OH, and worked in many aspects of the pharmacy industry, from District Manager of Revco, to Director of Managed Health Care of RX America and Albertsons, to VP of Sales and Marketing at Medicine Shoppe. For the last 14 years he served as pharmacy manager of CVS in Chandler and enjoyed mentoring pharmacy students from Purdue University.  Ron was a member of St. Benedict’s Catholic Church, and enjoyed reading, home improvement projects, woodworking, and watching all Pittsburgh sports teams. He loved to cook and entertain family and friends. He valued family time, whether celebrating holidays and birthdays, taking family trips to Northern Arizona, or just having dinner together. He had a wonderful sense of humor and was always willing to help others.  Ron is survived by his wife Debi, his four children Jon (Amanda), Anya Cerny (Andrew), Ivan (Brittany), and Stasa Arnold (Sean), grandchildren Brayden, Isabella, and Asher, his siblings Charles, Paul, Ted, Anna Sedora, Catherine Gregg, Julie Yarkosky, and Dorothy Jacobs, and numerous nieces and nephews.   He is preceded in death by his parents John and Catherine Sroka, and siblings John, George, Elizabeth, and Patty Day.  Services will be held Saturday, September 12 at 10 a.m. at St. Benedict’s Catholic Church (16223 S. 48th Street, Phoenix, AZ 85048). Funeral arrangements are being managed by Queen of Heaven Catholic Funeral Home.  In lieu of flowers, the family requests donations be made to the St. Benedict’s Catholic Church Capital Campaign. To leave an online condolence, please visit https://www.qohcfh.org/obituaries/obituary-listings.

Chuck White, husband and best friend of Wanda White passed away peacefully on Thursday August 27th.  Chuck was a great friend to the Osco and Savon families.  God Bless them both and keep them in your prayers.  A celebration of life will be held at a later date due to the COVID-19 pandemic.  Condolences can be sent to Wanda White, 7 Mirino Dr. Mission Viejo, CA  92692

Patricia McGrath, long time Sav-on Drug Executive Administrative Assistant, lost her fight against incurable multiple myeloma and an inoperable broken bone in her back. There will be no memorial service at her request. 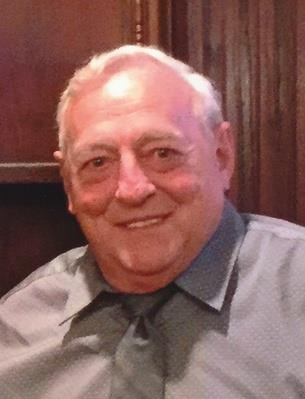 Luke E. Linzmeier, Denmark, 82, passed away unexpectedly on Thursday, May 21, 2020 at his home.He was born on January 28, 1938 in Luxemburg, Wisconsin, to the late Joseph E. and Esther L. (Dorner) Linzmeier. Luke graduated from Luxemburg High School in 1956 where he exceled in football, basketball, and baseball. On October 24, 1959 he married Germaine S. Kadletz at St. Joseph Church, Pilsen.After high school he taught at St. Mary Catholic School in Luxemburg, followed by a 20-year career as a manager at Osco Drug. His most rewarding career was caring for the elderly for over 20 years as owner and operator of Linzmeier Assisted Living (Fairview and Oakwood) in Luxemburg.In retirement, he loved spending time with his family including his children, grandchildren, and great grandchildren. His other passions included spending time with friends, golfing, playing cards, going to the YMCA and working in his yard. Luke was a lifelong Packer fan and enjoyed watching all sports with a Heineken in hand.Luke is survived by his loving wife of 60 years Germaine, four sons Greg (Connie), Brian (Heather), Steve (Jenny), and Kevin (Kristen), four grandchildren Erika (Matt) Knight, Justin (Kalla), Jordan, Mackenzie (Eric), seven great grandchildren Lauren, Wyatt, Quintin, Brooks, twins Malachi and Viola, and Colt. He is also survived by two brothers, Milo (Mary Ann) Linzmeier, Luxemburg; Dennis (Dolores) Linzmeier, Two Rivers; two sisters, Donna (Walter) Ferrier, Luxemburg; Terry (Gary) Theelke, Menomonie; brother in-law Allen (Jane) Kadletz and sister-in-law Joyce Beaudoin, all of Green Bay.Luke was preceded in death by his parents, stepfather Edward Newmes, father-in-law and mother-in-law Frank and Clara Kadletz, sister Mary Jane (George) Brezinski, sister-in-law Dolores (Dan) Chervenka. He will be dearly missed by his family and friends.The family of Luke Linzmeier would like to thank the Denmark first responders for their care and compassion.A private funeral will be held at 11:00 am, Tuesday, May 26, 2020 with Rev. Paul Demuth and Deacon David Scheuer, at All Saints Catholic Church, Denmark, WI, that may be viewed on Deacon David J. Scheuer facebook page, via recording. Please submit a friend request to him.Entombment will be held in the Allouez Catholic Mausoleum.In lieu of flowers a memorial fund will be established.McMAHON FUNERAL HOME, LUXEMBURG, is assisting the Linzmeier Family.www.mcmahonfh.com
Write comment (0 Comments)

Marilyn Domiano Kaderabek, age 78, passed away peacefully at home from breast cancer, surrounded in love by her family. She was born in Chicago, IL to her adoring parents, Joe and Lee where she lived until the family moved to River Grove shortly before she began high school. She met her loving and devoted husband, Emil, at a party of mutual friends in 1962. They were married a short 9 months later and celebrated nearly 57 years of marriage, family, countless laughs and many memories together. The love they shared was evident and often displayed when we would see our parents dancing together in the morning.

Marilyn was a committed and involved mother, dedicating the early years of her family life to PTA, blue bird and camp fire girl leader, and faithful cheerleader at all of her children’s school and sports events. She never missed an assembly or game. She valued and advocated for education, supporting and encouraging her children and husband to reach their highest goals, beaming with delight at their accomplishments. She was incredibly proud of her little brother, Russ, her many nieces and nephews, and relished in the successes of her family and friends, always offering a heartfelt congratulations.

Marilyn grew her career with Jewel-Osco Company, working as an executive assistant to the CEO, before parlaying her exemplary organizational skills into the Director of Event Planning. She taught the values of dedication and hard work to her children. She finished her career as the personal assistant to Donald S. Perkins, her longtime friend and former CEO of Jewel Food Stores.

An honorary aunt and “second mother” to many, Marilyn touched the lives of those around her. She was generous of time and advice, giving, loving. She was quick to laugh as evidenced daily from the playful and fun banter of her husband. She rarely could keep a straight face with him. Some of the loudest and heartiest laughs occurred the first Friday of every month when she gathered with her “club girlfriends”, her high school friends whose friendship and gatherings continued nearly 60 years. She was the consummate party planner, scheduling and organizing outings and trips with friends from the neighborhood and from work. She made friends easily and quickly, and until the day she passed, kept in touch with many.

A dedicated and loving Gram, Marilyn adored her grandchildren and great-grandchildren above measure. She valued her family, was immensely proud of them, and loved their frequent visits, phone calls, group chats, and watching her grandchildren grow into adults, and her friends. She was loved by so many, and will be missed terribly.

In MemoriamRead More
Other Club News